From The Future World is a composition created using artificial intelligence to complement the works of Antonín Dvořák.
The piece is based on the master's unfinished sketch that was discovered 100 years after its creation and completed using AIVA artificial intelligence. The process has produced a brand new composition that has three movements featuring motifs and compositional patterns used by the world-renown Czech composer.
zavřít
About the project

During his lifetime, Antonín Dvořák composed a number of musical works. He died quite early, leaving many musical sketches, so we had of a bold thought: What if we used artificial intelligence and finished some of his unfinished sketches?

We searched for a suitable musical theme and found it in the Museum of Music archive. We invited an artificial intelligence system for composing music from AIVA technologies to help us and the system studied the whole Dvořák's work using machine learning.

After a month of “virtual study” and a week of calculations, a new score of about 5 minutes was created. Shortly afterwards, AIVA composed two more movements that no longer complete any sketch, but extend Dvořák's work based on learned motives and patterns of composition. In the end, there was a composition of three movements, each about 5 minutes long, which we called “From the Future World”. Dvořák wrote his 9th symphony full of expectations of the New World and life on the new continent. Today, with similar expectations of the future world, we complete his work and thanks to the latest technology we pay tribute to the Czech master.

Who was Antonín Dvořák?

Antonín Dvořák was born in 1841 in Nelahozeves, a small village near Kralupy nad Vltavou. He was the first child and eldest son of František and Anna Dvořák. With his father being a butcher, there was an expectation that Antonín would one day take over his father’s trade. Soon after starting to learn the craft of butchery, it became clear his immense talent for music was going to take him in another direction.

When the family moved to Zlonice, the twelve-year-old Antonín studied under the tutelage of Antonín Liehmann, a violin-teacher and multi-instrumentalist. He learned to play violin and organ, as well as music theory.

In 1857, at the age of 16, he moved to Prague to begin studies at an organ school. At 18, he became a violist in Karel Komzák’s orchestra, where he would stay and play for almost nine years. One of the chief composers the orchestra regularly worked with was another famous Czech composer, Bedřich Smetana.

This engagement was essential for Dvořák. Not only did he get to learn contemporary Czech music, but also opera from around the world, thanks to playing in the Provisional Theatre Orchestra.

Soon after, he began composing, and met his love and muse, Josefína Čermáková, and later marrying her younger sister, Anna.

Despite relatively rapid success, he had to wait a couple of years longer to become financially independent. It wasn’t until 1875 when he won the Austrian State Prize (Stipendium) awarding financial support to young composers in need that he became legitimately independent and successful.

However, more important than the money was the support of Johannes Brahms, who was part of the awarding jury. Brahms recommended Dvořák to one of the most important German publishers, Fritz Simrock.

Dvořák composed the famous Moravian Duets, and the first parts of the Slavonic Dances, which became the first international successes for Dvořák.

This happy period, however, was marred by tremendous family tragedy. Within two years, Dvořák lost all three of his children. While overcome by grief, he created one of his most beautiful works – Stabat Mater. Paradoxically, this work finally opened the way for Dvořák to further succeed internationally, performing Stabat Mater at the Royal Albert Hall in London. He wrote to his wife, Anna: “My dear wife, … I don’t know what to write, only just that I am immeasurably happy having so much appreciation and admiration from everyone here. Goodbye. Your Antonín.”

A happy period began. Dvořák built his summer house in Vysoká near Příbram, and over the following twenty years proceeded to create some of his most famous compositions there.

In 1891, Dvořák received an offer to become the Director of the National Conservatory of Music in New York, with a salary thirty times higher than his salary at the Prague Conservatory. After first hesitating, he moved to the United States where he stayed for two and half years.

While in the United States, he wrote his most successful pieces - Symphony No. 9 in E minor “From the New World”, String Quartet No. 12 in F major nicknamed the American Quartet, a cycle of eight humoresques, biblical songs from David’s book of psalms, and at the end of his stay in America, the famous Cello Concerto in B minor – a piece that became an essential part of the repertoires of cello players worldwide.

At the end of his life he found inspiration in the realm of fairytales, fables and folklore, composing two fabulous operas, The Devil and Kate, and Rusalka. The premiere of Rusalka in 1901 was one of the last triumphs of Antonín Dvořák.

He died on 1 May 1904, suddenly and unexpectedly. As he lived, so he left the world, without pathos and ostentation. His last words were: “My head is spinning somehow. I’ll go to bed.”

We spent a few weeks searching and asking about which compositions Antonín Dvořák worked on, and which he didn’t finish in his final years. Did he plan to write another symphony? Where are his sketches? We doggedly searched for the answers and finally found a most precious thing - a fragment of an unfinished piano composition in E minor in the Czech Music Museum in Malá Strana, Prague.

It was such an exciting moment! We had in our hands sheet music written by the master! A musical motif that had been resting for years in the archives of the Czech Music Museum! Could we revive it?

The evening before the press conference announcing the new PKF - Prague Philharmonic season, the first article detailing the From the Future World project was published in Harmonie, a prestigious Czech music magazine.

Richard Stiebitz and Filip Humpl of Wunderman at the Press Conference

We accepted a kind invitation to a press conference where we were given the opportunity to speak publicly for the first time about this entire project, its creation and all the partners involved in it. After hearing our story and the first movement of the new piece, there was applause, followed by palpable curiosity. What will the entire composition performed by the PKF - Prague Philharmonic sound like?

Komercní banka as Innovative Sponsor of the Arts

Michal Teubner, a representative of Komerční banka, took the floor at the conference. He explained the importance of the financial institution’s role in the innovative project, From the Future World. The bank's philosophy is to promote Czech culture while modernizing its services with the help of the latest technology.

Project revealed! The first presentation of From the Future World at the PKF – Prague Philharmonic 2019/2020 season press conference

Emmanuel Villaume, Director of Music and Chief Conductor of the PKF – Prague Philharmonic Orchestra, described this project as an exciting experiment, showing us new questions that haven’t been solved yet. What is the actual creative “overlap” of mankind with artificial intelligence? And, what is the role of the performing artist?

1st movement of From the Future World performed by pianist, Ivo Kahánek

The first movement, including the original fragment by Antonín Dvořák, was played by a top Czech pianist, Ivo Kahánek. His fingers brought the AIVA/Dvořák piece, From the Future World op. 71, to life for the very first time.

The first part of the AIVA/Antonín Dvořák composition, From the Future World op. 71, was played at a festive presentation of the Czech Republic’s national strategy at a global event called, EU as a Leader in AI.

The event was held under the auspices of the Ministry of Industry and Trade of the Czech Republic, and in the presence of European Commissioner, Věra Jourová, as well as many representatives from EU countries, members of COREPER, ambassadors, attachés and significant persons from telecommunication, science and research.

“Being Czech, we are very proud of Antonín Dvořák and his cultural heritage. His legacy is very precious to us. When we heard about this unique project in the sphere of artificial intelligence originating in the Czech Republic, we got in contact with the implementers in order to show the project here in Brussels. At the same time, we were pleased we could contribute to make this work more visible in the European area,” said Petr Očko, Vice Minister, Ministry of Industry and Trade of Czech Republic.

Mediář: Wunderman comes up with a “new” Antonín Dvořák composition

A beautiful text about Wunderman, Komerční banka and the PKF – Prague Philharmonic Orchestra bringing a unique cultural project to life - a project combining the work of Antonín Dvořák with artificial intelligence.

KlasikaPlus: About composers with a heart

“I’ve got something that wasn’t composed by a living creature in front of me. That makes one think about philosophy and personal ethics,” said Ivo Kahánek, pianist, in his interview on the classical music web portal, KlasikaPlus.cz.

Read more about “From the Future World” in Hospodářské Noviny

Read more about “From the Future World” in Hospodářské Noviny and learn how the project was brought to life and what music, finance and technology experts are saying about this wonder of artificial intelligence.

Do you know how to learn that you really went down in history? It’s when they have mentioned you in Wikipedia! That’s why we are so happy that our futuristic project has appeared in the entry dedicated to Antonín Dvořák.
When you open it, scroll down to “Posthumous memorials”. 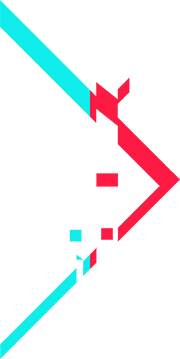 Praise for the project
Jan Juchelka
General Manager, Komerční banka
“We have spent hundreds of hours working on this project. In banking, we use a digital system in order to improve offers for our clients. Both worlds have intertwined in something new and beautiful in this partnership with the PKF – Prague Philharmonic. It was something unknown and unexplored without any guarantee of success. We really appreciate everyone who has taken part in this interesting project and would like to thank them all. I believe that this work will find its audience and fans.”
Richard Stiebitz and Filip Humpl
Creative Directors at Wunderman Thompson, and Project Authors
“At the very beginning of this project, there was the word “experiment” - a desire to find out what the possibilities of the artificial intelligence regarding creative use are, and how far it can go. Apart from that, we wanted to create a work that would captivate an audience as well. There was a unique debate with technology experts and musicians during the project that was very extensive, and actually revealed more and more questions. We came to the conclusion that AIVA’s work awakens emotions that can fully come to life in the hands of a great musician.”
Emmanuel Villaume
Director of Music, Chief Conductor at PKF – Prague Philharmonic
“I am rather more interested in the emergent questions in connection with artificial intelligence than in the concept of offering solutions. What does composing music actually mean for humans? What is artistic experience? And, how important is performance for bringing a piece of work to life? The resulting music is impressive and completely legitimate, and even makes one think of the essence and nature of God and mankind.”
Ivo Kahánek
Pianist
“Human intelligence is an awesome instrument that is able to think sophisticatedly on many levels; however, it is integrated with our personality, inseparable from emotions, intuition, morale. Compared to that, artificial intelligence is a brilliant demonstration of just one part of the human “heart”, which is the ability to think rationally. That contains a huge technological potential, but at least the same amount of risk as well. From my (very simplified) point of view, artificial intelligence can be a good servant, but a bad master, and not only in music.”
before
next 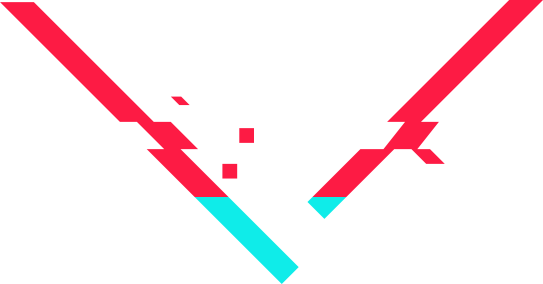 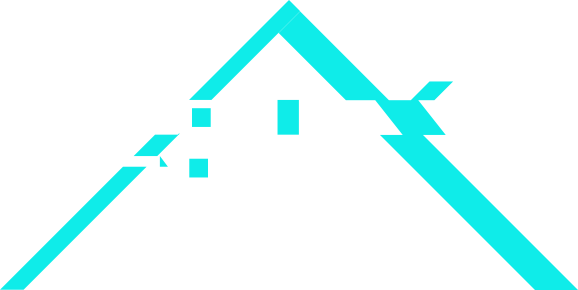